Hi, what are you looking for?

Triple Double to the Finals!

LeBron James and the Los Angeles Lakers beat the Denver Nuggets 117-107 in Game 5. The first Conference Finals winners in the NBA’s bubble, with LeBron scoring another triple-double.

For the first time in a decade, The Lakers have taken their spot in the NBA Finals, where they will meet either the Boston Celtics or Miami Heat.

Best in the West. 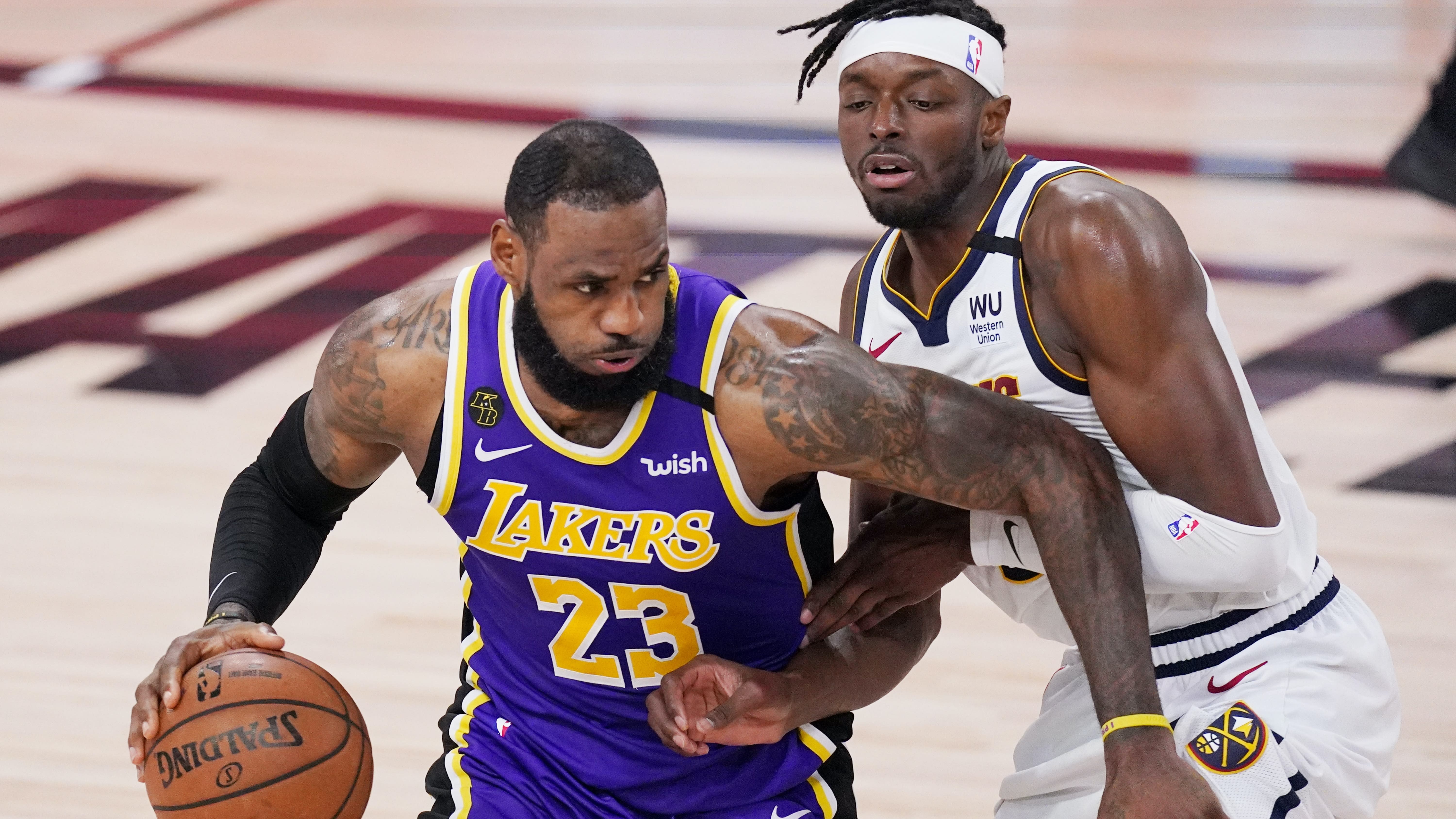 LeBron James dominates with 38 points, 16 Rebounds & 10 Assists. James improves to 38-10 all-time in closeout games. That is the best record by a player in NBA postseason history. LeBron is also the first player to reach the Finals with five different head coaches in NBA history.

James was asked to speak at center court after the confetti fell. He says “We’re going to enjoy it tonight, as we should, because this is not promised every year,” James said. “There’s only two teams that can advance to the Finals every year. That means pretty much 30 players that only advance every year to the Finals. We’re going to enjoy it tonight, but we understand we have bigger fish to fry”.

According to ESPN LeBron James was asked what the 10th Finals appearance means to him. James shrugs as he says “Right now, it don’t mean s—- unless I get it done,”. Also throwing in “I got to get it done”. The win got the Laker’s first ticket to the Finals since 2010, when Kobe Bryant led Los Angeles to a seven-game victory over the Boston Celtics.

As we wait for the NBA Finals, celebrities react to LeBron’s triple-double win. Magic Johnson tweeted “When LeBron James signed with the Lakers he told us he would get us back to the NBA Finals and he’s definitely kept his word”. Following Dwyane Wade congratulating LeBron on his 10th.

Overall it was a celebration that was special and felt like the beginning rather than the end. Anthony Davis stated, “This group of guys only wants one thing, and that’s to win a championship.”

This site uses Akismet to reduce spam. Learn how your comment data is processed.

The Rap Game is an American reality television series. The series premiered on January 1, 2016, on Lifetime. Ever since the last season, there...

Blueface invited eight women into his California mansion for a “Flavor Of Love” style reality show streaming on OnlyFans. If you have ever watched...

YouTuber Dymond Flawless Opens Up About Her Mental Health

YouTuber Dymond Flawless opens up about drugs, her mental health, and depression as she also apologizes to her fans, family, and friends. In the...

Jermaine Dupri reflects on J.I The Prince of NY

Jermaine Dupri’s The Rap Game has captivated millions of people into watching a group of 5 teens battling out for a record deal at...